The last thing I ever expected to attempt to write was a dictionary.

As I started to write it, it turned out not to be a dictionary at all. A dictionary provides meanings. With my newest project, Berky’s Marketing English: A Quaint Compendium for Modern Marketers, I am attempting to offer meaning.

How can you understand marketing today from a practical perspective? When you see a word like “impression” or “programmatic,” what does it really mean? What is the significance? Do these terms make any sense at all?

One way to do this is to approach terminology with the authority of a governing body, like editors of an established dictionary or the officers of an industry trade association. Another is to crowdsource ideas, such as in a wiki. Wikipedia probably offers definitions for all of the terms and concepts that follow; at times, I’ve cross-checked my work with Wikipedia’s and cited the crowd’s wisdom when appropriate. But both the authoritative and crowdsourced approaches feel too distant and inert. They must settle on versions everyone is likely to agree with.

Instead, I am using the format of a dictionary or encyclopedia to share more personal perspectives — perspectives that no one may agree with. They are completely unauthoritative. They are biased. Lines that crack me up as I write them may not come off as jokes at all. Experts in their field who understand any given concept better than I do will quickly conclude that I have no business writing any of this.

For much of my career, I’ve been the dumbest person in the room trying to keep up, and in the process, I’ve been connecting concepts and ideas in ways that give the smarter people around me a different perspective. Occasionally, that even leads to insight (see also: Insights). It’s been my modus operandi for two decades in practically every meeting I’ve attended, column I’ve written, and conference I’ve spoken at.

When it works, it’s like a moment out of the end of an episode of Columbo. When it doesn’t, there’s little harm done, as I remain the dumbest one in the room. It’s a form of thinking out loud, learning by doing, and having fun trying, flipping the focus from the destination to the journey.

Thank you for joining me on this journey, one that is just getting started.

The inspiration for the guide struck as I finished reading Benjamin Dreyer’s eponymous Dreyer’s English, a series of ruminations about the written word based on his illustrious (not illustrated) copy editing career (or is it copy-editing career?). While I read it (past tense), it struck me how much the marketing field could use its own version.

Vain and foolhardy as I am, I sat down and started writing Berky’s Marketing English.

The first entry was “Impressions,” and I started defining it as “a metric that never actually determines if a unit of advertising made an impression on someone.” This is not how marketing guides are written, so I kept writing. “Betty White” and “La Croix” soon joined “influencer marketing” and “virtual reality.” There is much more to write. I’m adding a sampling in a new section below. The news, jobs, and events remain further down, with updates to all as usual.

I’m including several entries today from a much larger pool; you’re here to read a newsletter, not a book. Whether this becomes a regular series (or a book) is in large part up to you; I already have 15 pages written with dozens of entries. I welcome hearing thoughts on what other terms should be defined and enshrined here. If you think your idea is too obvious, remember that you are smarter than me, and I am just trying to keep up.

Enjoy this one person’s attempt to find meaning in marketing and share it with others.

Beyond your feedback, I will enjoy hearing your answer to one question: What are you making of yourself?

Ad
Also known as an advertisement or advert. I can write whatever I want here because you already skipped, blocked, or ignored this entry. That’s okay because I will be retargeting you with Serial Marketer offers until Labor Day.

The name change was a rare case of cutting Advertising in order to attract more advertising.

Also written as adtech and ad-tech.

However it’s written, it sounds much better than mar tech. (See Mar Tech)

Ad tech should be subset of mar tech. However, common usage tends to imply that the two are entirely different sectors or categories. Whenever one of the sectors has a breakout hit in terms of a company with a successful initial public offering or funding round, everyone from both sectors claims that the hot company is in the sector they are in.

Amazon
A local bookseller. The CEO will build an extra headquarters in your hardscrabble, working-class town if you buy him a cup of coffee and give him $50 billion in tax breaks. 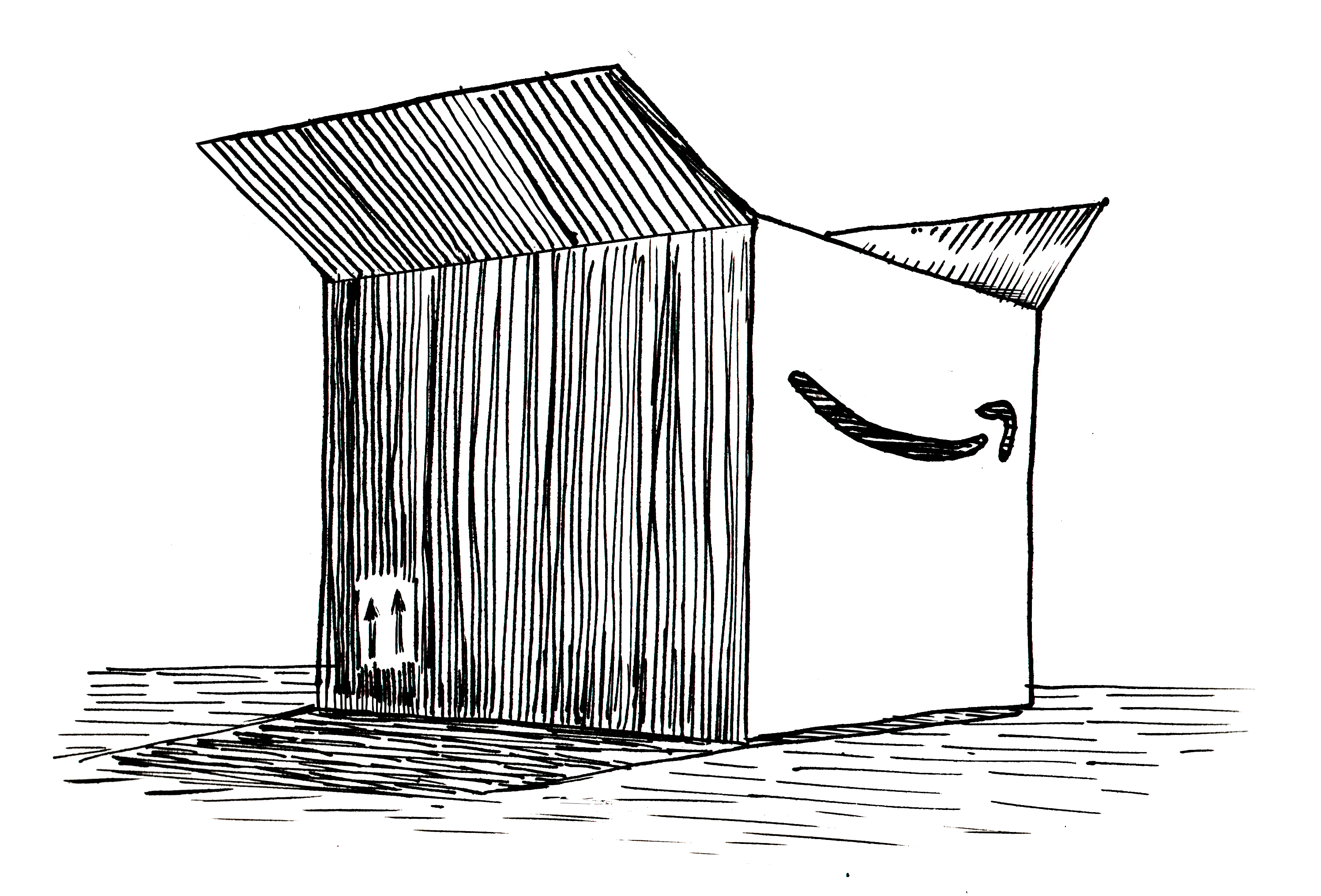 ASAP
When a brand says they need something ASAP, they wanted it yesterday.

When an agency says they will deliver something ASAP, they will ask the account lead how long they can stall until the client starts getting angry.

When a tech vendor says they will deliver something ASAP, it means they haven’t even thought of doing this and are debating whether to add it to the roadmap.

When a journalist says they need a quote ASAP, you have about 10 minutes. Some people actually mean what they say.

I’m skipping ahead to samplings from “I” here given how this is how the compendium started.

Impressions
A metric that never actually determines if a unit of advertising made an impression on someone. The Oxford dictionary cited by Google refers to the broader, non-industry-specific meaning of “impression” as “an idea, feeling, or opinion about something or someone,” and advertisers would be thrilled if those were actual human responses to the industry-specific impressions that they generate. Oxford continues to note that broadly-defined impressions are formed “on the basis of little evidence,” and there is indeed little evidence that advertising impressions generate any impression on any impressionable human.

Most tallies of impressions should be assumed to be touched up by impressionism, or at least the kind of artistry known as bullshit. A class on such artistry is hardly needed given how many experts our industry already has in that field.

Also note that Pablo Picasso was not an impressionist, but in preparing to depict one of the figures in “Guernica” and his later lithograph series “The Bull,” he may have at one point been a literal bullshit artist.

Impressions, Viewable
A newer class of impressions, or Impressions 2.0, comprises these viewable versions. These refer to “adverts” (according to Wikipedia), that were “actually seen by a human being.” Seeing (or viewing) the term “advert” is likely to comfort linguistically-insecure Americans, but occupationally-insecure advertisers should continue to have their worries.

First, note the inclusion of the word “actually” as if to denote the shock that a living, conscious being may have been exposed to said adverts. You don’t refer to street signs as messages that “actually” tell you where you’re going, and you don’t refer to gastroenterologists as physicians who “actually” remove esophageal polyps.

If the idea is to show adverts that have been seen, why refer to “viewable”? Between the term “viewable impressions” and the definition provided here, it exemplifies the industry’s mastery of bet-hedging. Read it as the industry declaring, “We would love to say that said advert has been viewed, and that the viewer was a conscious Homo sapien, but we will settle for the possibility that a person may have viewed it, and we will call that an improvement.” Adding the redundant term “viewable” to the misplaced term “impression” is what counts as innovation in advertising. If it isn’t viewable, it should not be an impression at all.

Insights
Often used as a synonym for “data” or “trends.”

If 14% of Instagram accounts feature pets on skateboards, that is data.

If that percentage is up from three years ago when only 4% of Instagram accounts featured pets on skateboards, and that figure has been steadily climbing ever since, that is a trend.

If skateboard manufacturers use this information to start developing skateboards specifically designed for different types and sizes of pets, that is an insight.

Calling every fact, figure, and trend an insight is an insult not only to actual insights but to the necessary roles that facts, figures, and trends perform.

That’s just the start, with much more to come, along with more illustrations by Nicanor Benitez from Buenos Aires who provided the Amazon sketch above. Let me know what you think and what else should be covered. Now, back to our regularly scheduled programming.

This column was originally published in the newsletter. While I share the introductory column here, other updates such as jobs, events, and commentary on news are exclusively available to subscribers. Sign up now to make sure you receive it.