We’ll soon revisit the house, known as a Clubhouse.

We will start with the block party.

And there was a new kid on the block, H&R Block.

Its icon was a plain, green block.

It was not a good platform for scale yet.

It was not a place to amass an audience.

However, I was part of the team at the agency 360i that worked with the digital marketing leads at H&R Block to get them to be one of the first brands on Twitter.

The idea seems more intuitive now than it did in 2008. It was even less intuitive in the fall of 2007 when we had to pitch this ahead of the upcoming January-to-April tax season.

What Twitter lacked in users, however, it had in influence.

In late 2007, barely anyone was going on Twitter and talking about going to a chain of tax preparation offices.

But we’d be there, we’d be responsive, and we’d use the platform in the best possible way that a national tax prep chain could use it.

It helped that the client team at H&R Block (Paula Drum, Amy Worley, Stacy Gratz) was the best. Hall of Fame best. They got it.

They were (and are) visionaries.

There weren’t a lot of people talking about H&R Block on Twitter that tax season.

If I recall correctly, H&R Block amassed about 500 followers by April 15 that year.

But what H&R Block didn’t gain in reach it gained in something more powerful: influence.

At the time, one of the biggest tech influencers was Robert Scoble. This was between his time as an evangelist for Microsoft and then Rackspace.

On March 27, Scoble headed into an H&R Block to get his taxes prepared.

I only know this because he tweeted about it.

That was risky, mind you. Tax prep is touchy; it does not always go so well.

You can see why I love that client team.

We used that quote in our decks at 360i for years.

I love that quote.

This brings me to the house.

I almost told that story this week in a room that Joe Jaffe put together on Clubhouse; he hosts a conversation every Monday at 2pm EST about brands on Twitter.

In the most recent edition, someone asked a question about the reach and scale that brands get out of Clubhouse.

I wanted to tell them about that day in 2008 that a tech influencer said about a tax preparation chain, “There is your Twitter business model.”

That is all good.

It isn’t a place for reach.

Conversations are unpredictable — and sometimes unpleasant.

Logos are too small.

Clubhouse does have assets going for it though.

Clubhouse is a place to influence influencers.

Clubhouse today is about influence over scale.

It’s where you will find people who will appreciate a brand’s efforts and go, “There is your Clubhouse business model.”

You’re not going to find anyone going on Twitter today tweeting about a brand, “There is your Twitter business model.”

But you’ll hear that on Clubhouse.

You’ll read that in The New York Times about a tweet someone shared about Clubhouse.

In the immortal words of Ms. Frizzle, Clubhouse is a place for brands to “take chances, make mistakes, get messy.”

PS: Catch Rosie Yakob of Genius Steals as the guest in this week’s Upstream event Thursday at 12pm EST. RSVP here. She’ll give some ideas for how to spice up speed networking.

PS 2: I’ve had a few opportunities lately to share what I’ve learned as a marketer and community builder in some of my favorite outlets: Genius Steals in their Strands of Genius feature, B.L. Ochman who had me a guest on Beyond Social Media where I talked at length about building a community, and the ever-entrepreneurial Alex Romanovich who featured me on Global Edge Talk. Thank you all for trusting me to offer what bits of experience I have to your audiences.——————————————————-
BROUGHT TO YOU BY… ZOOMCOMPANYEVENTS
——————————————————– 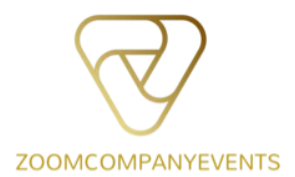 For All Serial Marketers, ZoomCompanyEvents is offering a 20% discount off all Zoom Product Launches until the end of March.
(https://www.zoomcompanyevents.com).

For those who are interested in learning more, we have made a custom checklist for all Serial Marketers.
Get it here:  http://www.bit.ly/ZCEProductLaunch.

I’m trying a new experiment here, curating news automatically via my friends at Vestorly. Let me know what you think.

Next story :The Good, The Bad, The Krispy